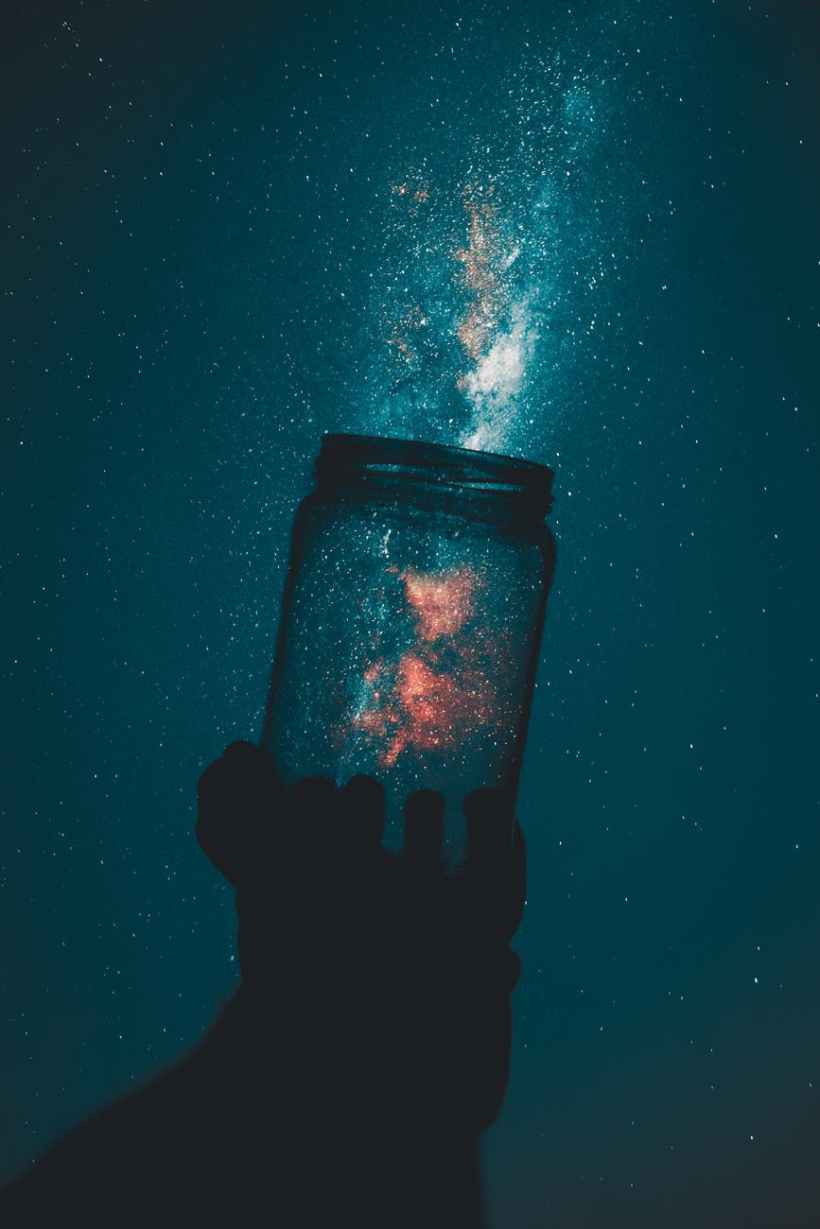 with well made heavy tools

of the quality of that living

whether we were ‘happy’

nor having time for slight or scold

sheer brevity of our toil

which at times I believe

may be as fitful and ill-fitting

as apple eaten from forbidden tree

it is that knowledge of ourselves

sends us into quiet turmoil

perpetuated by hours to muse

on the fix and drip of life

we taste despair in our abundant imaginings

for all we learn, we grow further

from that seat of quiet peace found

in hard labor and less thought

for every Sunday where I get to lie in

I wonder at the wisdom of this progress

lives in the woods

his rough shod life is

than mine, able to turn

thoughts around in my head

urging to be loosed

there was a time I did not write

I danced, I moved, I climbed, I painted

with our heads together like arrows, friends and I

toy rabbits, ladybugs, a glow in the dark star

would entertain ourselves with crayons and pastels

I built fortresses in the woods near my grandmothers

house where she looked out occasionally, a glass in one hand

erected camps in trees fallen in the storms

or beneath protesting furniture that wasn’t meant to be moved

anything the imagination could seize and shake out into magic

I did not write

even then I felt

so glib and easy

I couldn’t spell, so I didn’t reply

I didn’t enunciate, so I didn’t call them back

the phone would ring in the distance, mournfully

if it got too loud, I turned the music up

all this by the age of ten

I was free of words, they were not my language

a song and the movement it encouraged was

an elongation of expression and urges

and later, a dance club, even at 14, seemed safer

to raise their arms through the strobe lights in search

not seeking drugs or sex but the fury and beauty

of dancing away their sadness

I didn’t know it then

the instinct to run, when you cry

dance when you want to jump

push away those who clamor for attention

stop feeling the pain you do, every single day

whilst some of my friends who were depressed

listened to The Cure and other sorrowful LPs

I scorned anything sad and

stepped into the light of disco, rock, electronica

in time I found there were other things you could do

to turn off the hurt

and I did them ALL, every damn one

There is an honesty to admitting to yourself

I don’t know what’s been happening, but I’m in pain

everything I should rely upon has gone or never been

I am alone and I am scared, I haven’t yet grown up

nobody will help me so I have to help myself but

I don’t know how

I learned it felt good to lie in bed with someone

even if they were nothing more than warmth and key strokes

I learned it felt good to give rather than receive

because you protected those parts of you, rarely revealed or wanted

I learned drugs were not a menace but a street form

of antidepressant for kids who couldn’t tell their hurt

didn’t know where to begin or how to heal the

emptiness and anger growing in their bones

I learned if you are crushed badly enough, time and again

but living for the night, pulse of music playing

brief flicker of excitement, when you forget being yourself and all that comes with that

the disappointment, the heartache, the rejection

beneath the waves as they engulf the roar and scream

every morning I swam 25 laps

every night I ran in heels for the bus

every stroke of midnight I transformed into anyone but myself

it felt good, it felt more real than trying to

inherit the mantle of despair and unwanted closing walls

I climbed out and didn’t go back

I never wrote down a word

not even when I received

another letter stating things that were never real

I’ve always been drawn to truth

Somewhere in those years, something changed

maybe you get lazy, maybe you forget your way

or the pain becomes something you think is who you are

I stopped swimming in the mornings

I quit dancing in the evenings

in my blood lay a virus of dormancy and despair

until I’d forgotten my way through the elaborate maze

I was just another lab rat, waiting to live their life, turn to ash and regret

Now the irony is, I’m writing all the time

the hollow cries kicking from inside out

but words are fickle, they are not your friend

words convey what you mean, and equally they contradict

words are on pages, often unread

If it would work I’d burn my thoughts

watch them light up the night on the 5th of November

put on my running shoes

take you by the shoulders and shake

all my words out of your head

run with you down the highway

find the place we can be in my mind

get on the dance floor, pull you with me

another way of getting through

anything but the languages that leave us empty

mistrustful, doubtful, not waiting for more

we’ve both been there before

at the end of a letter

for all that was done, versus said

is often quite the opposite

you tell me, if I knew you, I would not like

the person I came to know

but you are wrong, so very wrong

it is in the imperfect there is wonder

it’s what I experienced every day

the fear of others, becomes the dismissal

there is another way

let me show you

let me show you

with every gesture of my soul

You thought it was bad when

you got your first zit

and the unblemished skin of your youth

you got your first stretch-mark

and the smooth thighs and breasts of your growth

you got your first scar

a thin line of emptiness which they said

the bikini would hide

you sagged and you spun with weight loss and gain

in the span of twelve fevered months

and then it seemed

the immature loss of vanity and adulation

crying over not fitting into yourself

the lament of sudden change

was less than the stubborn plant of your feet

and you went to your neighbor

who was missing a breast

both of you shared

the disjointed humor of pain

and you went to your preacher

who had lost his testicle

he joked about being single

and you went to your park

this silly game of magazines and perfection

of I will stay 20 and flawless forever

how it is but part of a bigger picture

that of sweat and guts and fear

and surviving through gritted teeth

because you threw up at midnight instead of

and you hid your swollen stomach behind swaths of cotton

or couldn’t get out of your bed

because then … just as everything seemed

to be wrinkling and disintegrating and rebuilding

into something unfamiliar and changed and partially incomplete

another man with light in his eyes

who didn’t care about such things

smiled at you as you walked beneath the yawning trees

because your medication said

I have the same problem which makes it hard living here doesn’t it?

and you talked and he smiled

I get that from my grandmother

even when she was eighty-five she was

proposed to by farmers who thought

I can see that

and you saw the way the world really worked

underneath the adverts for boob jobs and butt lifts

and reality tv that’s nothing of the sort

his hand brushed yours and you saw

it made you laugh

and he laughed too

beneath the canopy of life

as skinny joggers with air-brush tans ran past

for what they did not 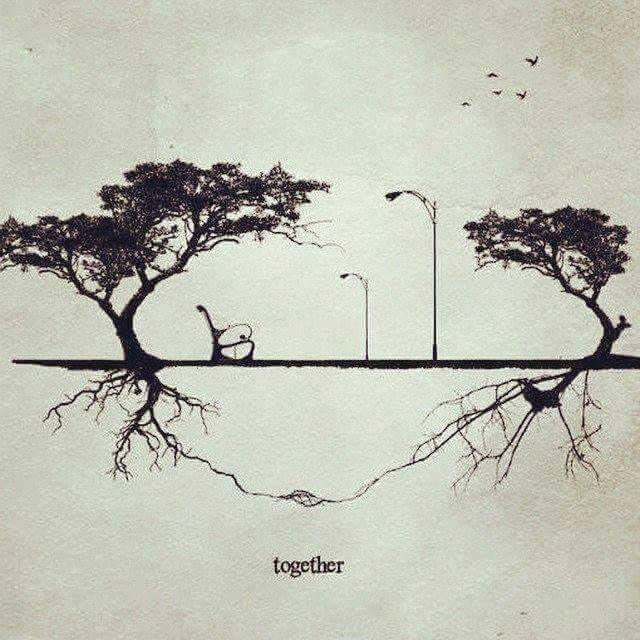 being twenty wasn’t as shiny

as bronze coin swallowed by carp

I went to eat Chinese and made a wish

to be young again

my father lifted from a former nunnery

when the nuns were gone and buried with the rhododendrons

whose coins were gold

it seems a shame to let these apple and plum trees

be torn up and shredded they are mature and have

so by night we dug up their rosewood roots

hefting in my grandfather’s wheel barrow down cobbled street

planted them in the little weedy garden out back

where they endured without their crowns

much as I endured being twenty

because of the pressure

my father said the trees never

because once you’re planted

you grow roots only once

you are a tumbleweed and whilst some

take to being a spirit composed of air

there is something reassuring

when you know it doesn’t really matter

all the fanciful dreams you had intended to wear

the way you sucked your stomach in

when he touched you underneath your dress

that tugged uncomfortably at tight seams

because you wanted to be

As she ticks upward

the hours tick down

crossed off by permanent pen

no you will not live this moment again

seize it as you would a hot sparkler

through mittened thin protection of wool

and in that conjure

you still the thunder of

what you didn’t achieve

what you didn’t yet reach

in the circumference of your dreams

let go of all worldly commands

to obey and bow

you are beholden only

to ushered majesty of tomorrow

make it worth your time

here standing in line with

for soon you will rise

a little sorer for your walk

then when you think it’s too late

swelling with love and energy

like the old dog who hears his returning master

will out run even March hare

for nothing is as lasting

Laughter spills out, an unexpected guest

been many seasons replacing themselves since

she danced to a good song

look! What shakes now that used to be firm

standing painting your public face on

you omitted to check

the clocks wound themselves forward

now you tear the grey from your hair and lament; how long it takes to recover yourself?

standing flat-footed before a mirror where is the succor for survival?

in the weight of your accumulation? Bales waiting tied snug and square

nor the escapees praise, their fortune

nobody congratulated, the warrior who holds us from despair

and every once in a while it surprised you to witness

unknowing in a blink

they too will wonder

how it had been so long?

in the arms of someone who saw

the silver thread in their being

as if miracles were fashioned for the living

and stories of a shared song could rub true

instead of lifting your sagging arms toward heaven

lighting the shift of clock-faces

tucking their knowledge in shadow